reaching the unreachable with the grace and mercy of the gospel and facilitating others to do the same.

...and Around the World

In 2009 we began partnering with Mexican national missionaries serving in countries around the world. Some are called to countries within the 10/40 window where it would be dangerous for them to be identified as missionaries. As a result, we cannot list their names, photos, or countries of service. Some are called to Islamic dominated countries within the 10/40  window where deportation, imprisonment and assassination have been the end result for some identified as Christian missionaries.

Our Mexican National Missionary Support ministers to those not only  serving in Mexico but also those  missionaries serving on the foreign field. Monthly financial support and provision of evangelism and teaching materials are an ongoing part of this program.

In addition, Go & Tell Ministries has been working since the fall of 2008 to send missionary candidates to the foreign field. Establishing new missionary works in foreign countries is by no means a small task because of the incredible amount of time and funding required. Our vision for the future is to see Go and Tell missionaries serving around of the world—serving the uttermost parts of the earth.

As part of our commitment to facilitate others in doing the work of spreading the Gospel, Go and Tell Ministries formed a partnership in the fall of 2008 with Iglesia Bautista El Divino Salvador to support the work of Mexican nationals that are working on the mission field. Our commitment is to help facilitate and equip those who sense God’s leading to a life of service on the field. Below you will find a description of the projects we have partnered with – projects which represent the work of missions in our Jerusalem, Judea, Samaria, and remotest parts of the earth. Your prayer and financial support is greatly needed to continue this work of spreading the Gospel all around the world.

Our commitment is to equip, train, and facilitate those who sense God’s leading to a life of service on the  mission field both in short term work and life time service. We are fulfilling this commitment through our Summer Missionary Programs and Mexican National Missionary Support ministries.

Summer Missionary Program (SMP)
Working with young people who have a calling to work among the indigenous people groups of Mexico has become an integral part of our ministry.  SMP is designed to provide preparation for youth who will be partnered for short terms with career missionaries serving throughout Mexico.

Mexican National Missionary Support (MNMS)
Providing material and financial support to Mexican nationals serving on the field in Mexico has been a key part of our  ministry from the beginning. Designated funding is used to facilitate national workers by providing them with tracts, bibles, teaching materials, training conferences, and seminary scholarships. 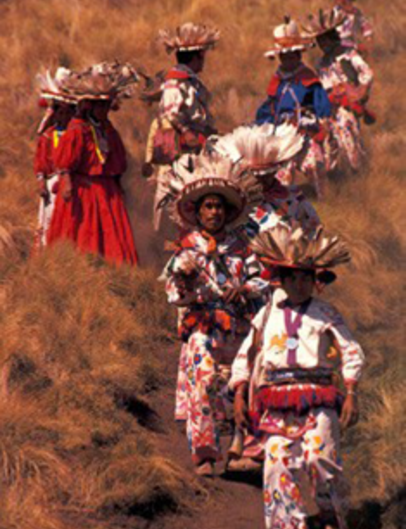 "You will receive power when the Holy Spirit has come upon you; and you shall be My witnesses both in Jerusalem, and in all Judea and Samaria, and even to the remotest part of the earth."     Acts 1:8

Go and Tell Around the World